Eretz Yisrael Theme
Our year long program titled, לבי במזרח is in full swing. The students are enjoying the experiential monthly assemblies with mock tours to cities in ארץ ישראל utilizing slide shows, sound effects and more. Some places they visited recently were Yeshivas Mir, Bnei Brak, and Rav Chaim Kanievsky’s home. These are followed by weekly mini assemblies each Friday. Students have taken turns bringing home a special class album with pictures of the places they visited, a class travel bag is refilled with souvenirs and newsletters.

Recently, we explored the topic of “avira d Eretz Yisroel machkim”. Mrs. Turk taught that Torah wisdom is intensified in Eretz Yisroel. To illustrate this point the Elementary played a custom designed A Yiddishe Kop game. Pictures were presented of scenes from everyday life in Eretz Yisroel. Students were challenged to solve riddles based on the pictures. Some of the pictures included:

A Bus with a sign that says “mipnei seiva takum”
Signs on the walls of the streets announcing mechiras chametz, Simchas Bais Hashoeva or the time for Shabbos candle lighting
Corona Vaccination sign with a pasuk “vnishmartem meod lnafshosechem”

A related concept of tefilla kneged hamikdash was discussed and depicted . At the assembly famous shuls such as the Churva and Belz shul were visited. A take home lesson was the idea that from Baltimore we turn in the direction of mizrach-East to direct our tefillos toward the makom hamikdash. That week’s assembly included a paint party with Morah Paisley where each student designed a mizrach sign for her home. All of these activities are bringing the students to a new level of connection to Eretz Yisroel during this shemita year. 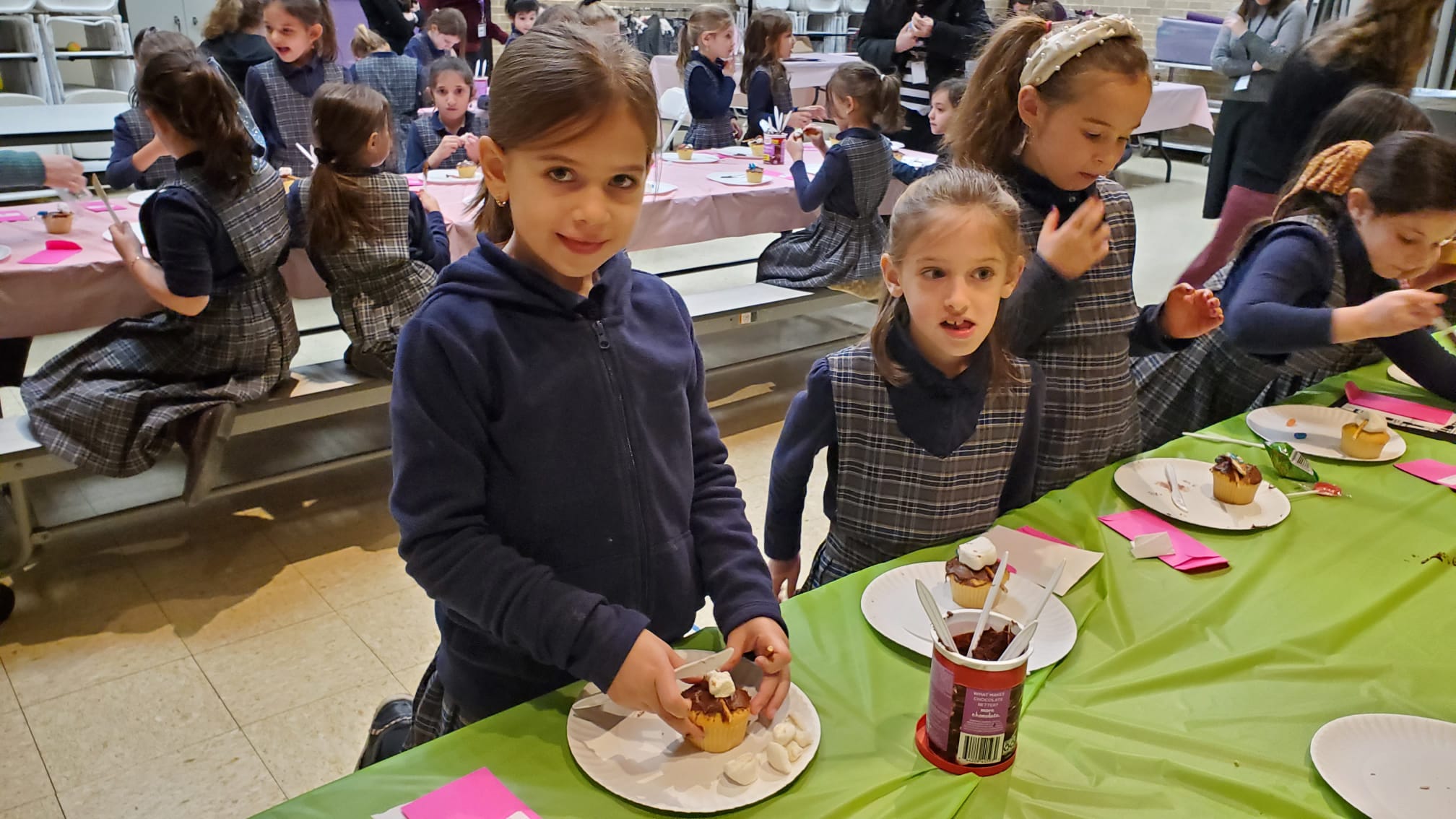 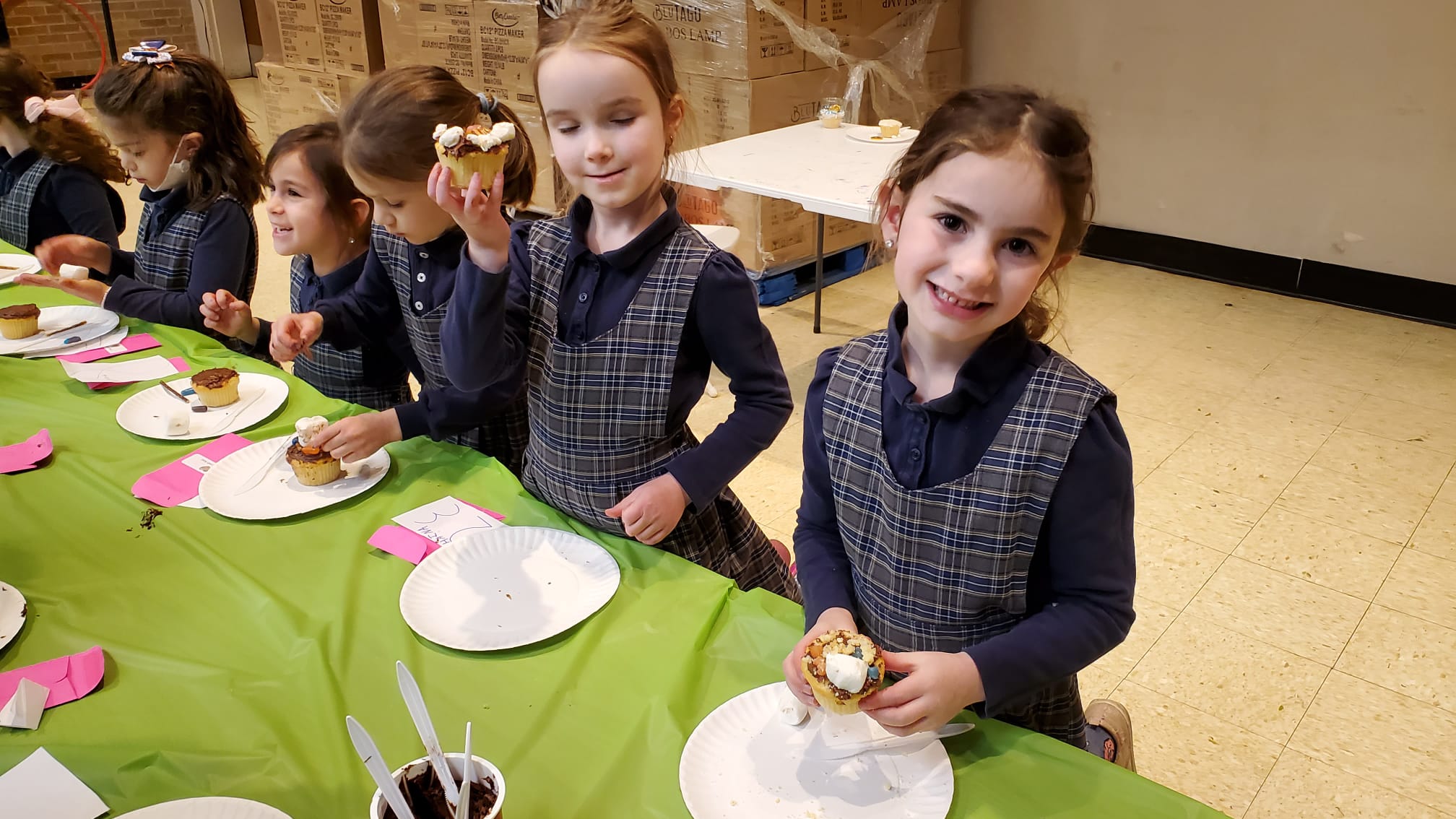 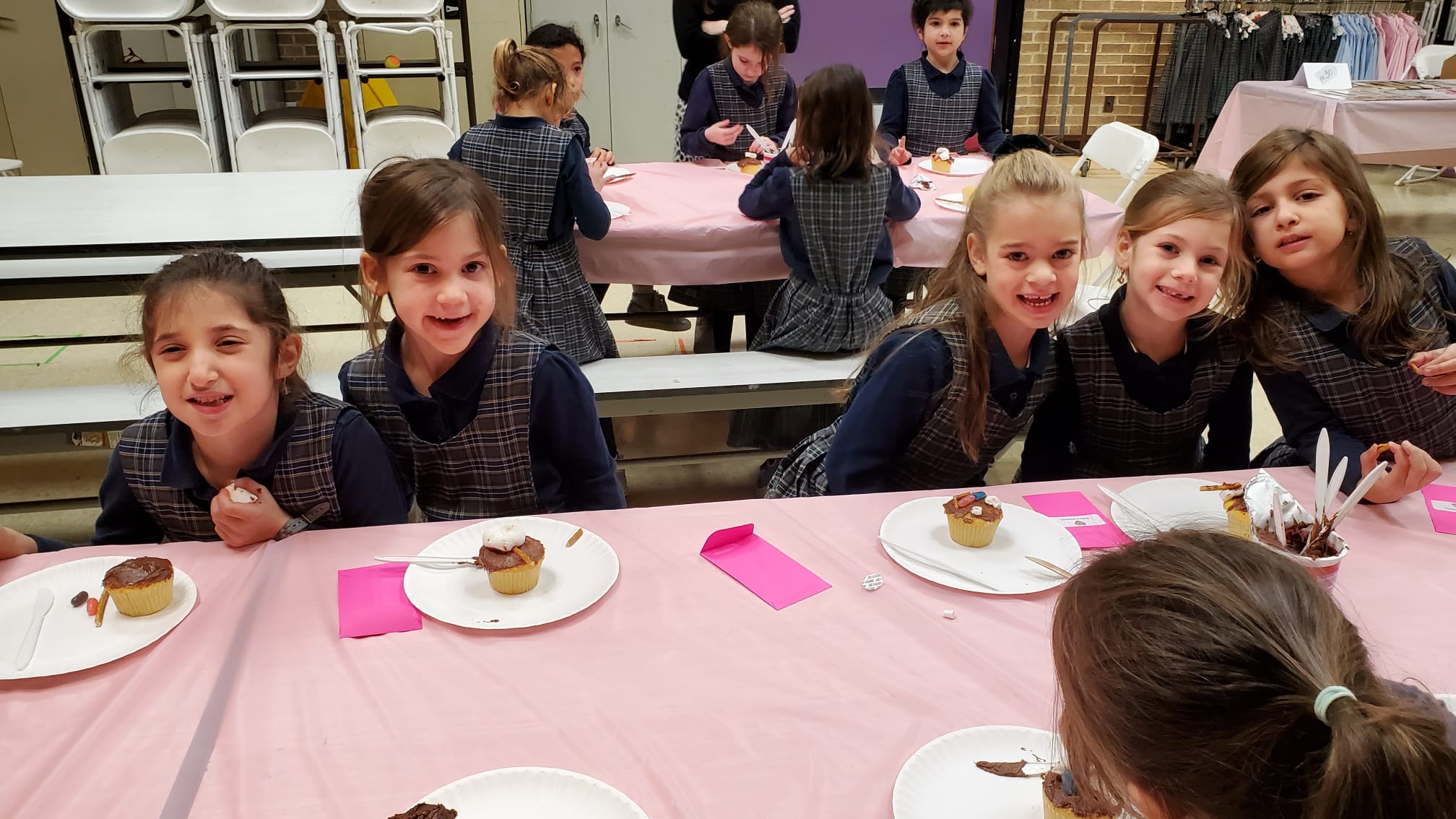 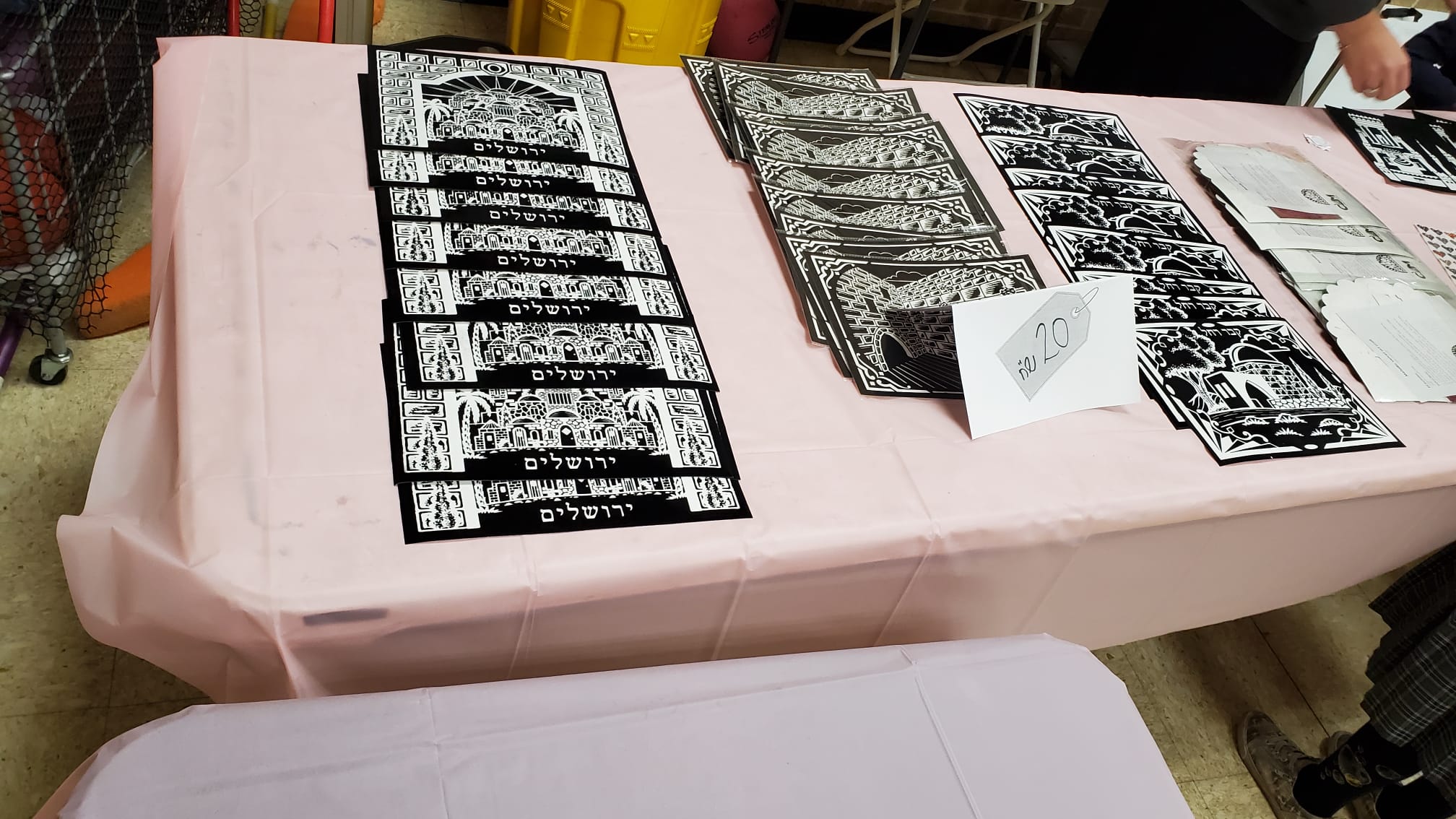 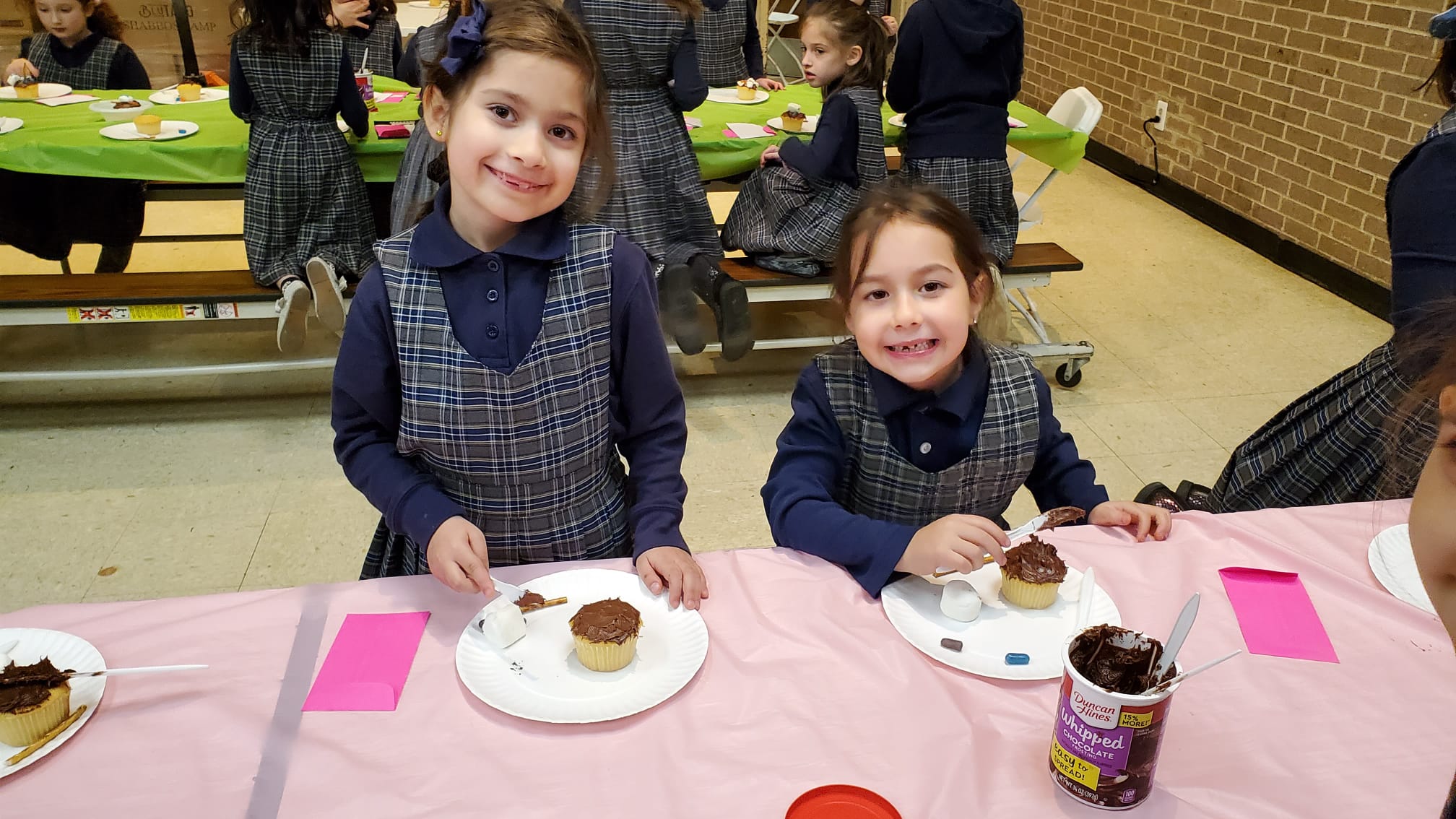