High School Production is the highlight of each school year. An interview with Mrs. Neuberger who, together with Miss Goldberg, oversees the production revealed the many levels at which our students are involved in bringing the production to the audience. This year’s performance was a festival of song and dance.

Bnos Yisroel wants each girl to have a role in the production process. This includes planning as well as performing the production itself. Student production heads Itta Gopin, Ahava Bondi, Rikki Breur and Elisheva Ehsanipor led their peers through the process. But the process really began with them. The were presented with a topic: Shalosh Regalim and then it was up to them to creatively develop content to express the idea in a meaningful way.

Each of the Shalosh Regalim - Pesach, Sukkos and Shavuos were depicted through an underlying theme related to that Yom Tov.

Once the theme was defined songs and dances were creatively introduced and included. For example, Pesach’s lesson of Hashem orchestrating our lives was clearly demonstrated when students danced in the role of chess pieces against the backdrop of a custom designed life-size chess board and we now have a better understanding of Shavuos after watching the girls dancing as links in a chain overcoming the costumed enemy soldiers.

The Festival of Song and dance began and ended with scenes of the בית המקדש and  עליה לרגל. We are grateful to Mrs.Toby Berkowitz and Itta Gopin for preparing unique costumes for that time period. Our sewing heads, Nechama Reitberger, Esther Bloch and Nechama Katz worked on many beautiful costumes that brought each choir and dance and songdance to life. The heads of each group were involved in the process as well, designing the many accessories  such as headbands and hats that added that necessary final touch.

Most students were involved both as performers and behind the scenes with scenery, costumes, props, lighting and more. Production is an activity providing individual development and personal growth - an opportunity for each girl to express her talents, in the yearly performances. The girls look forward to it each year! 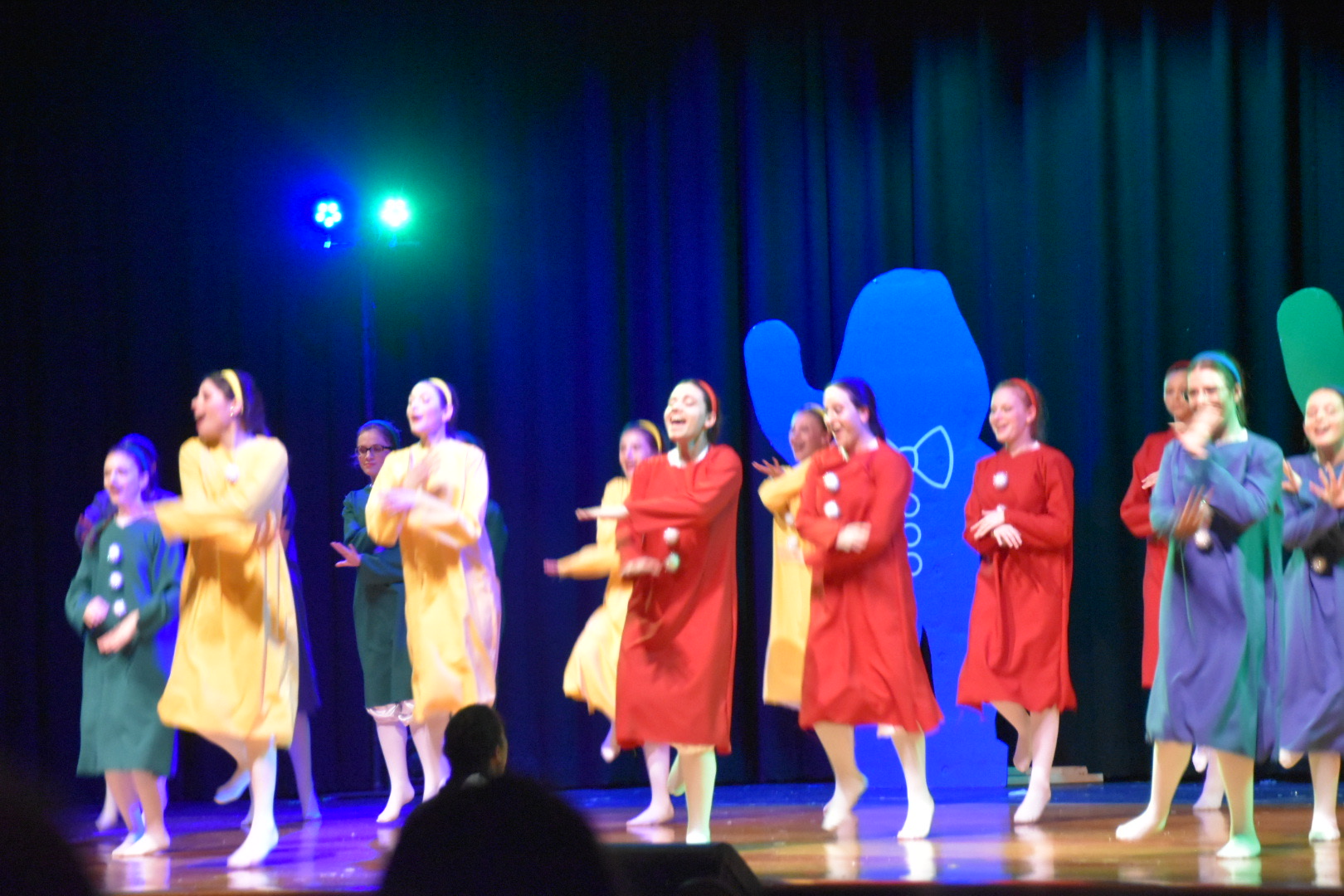 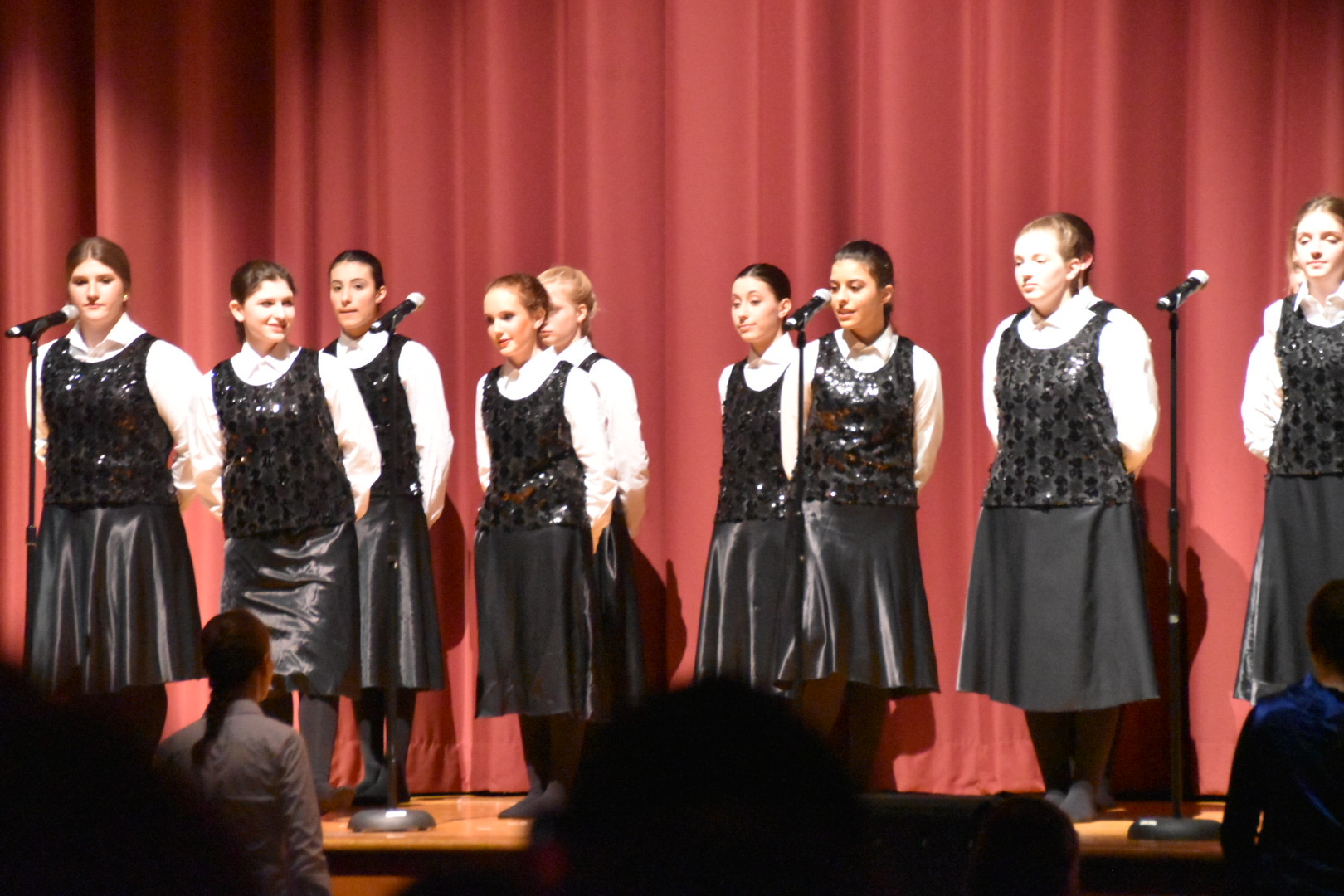 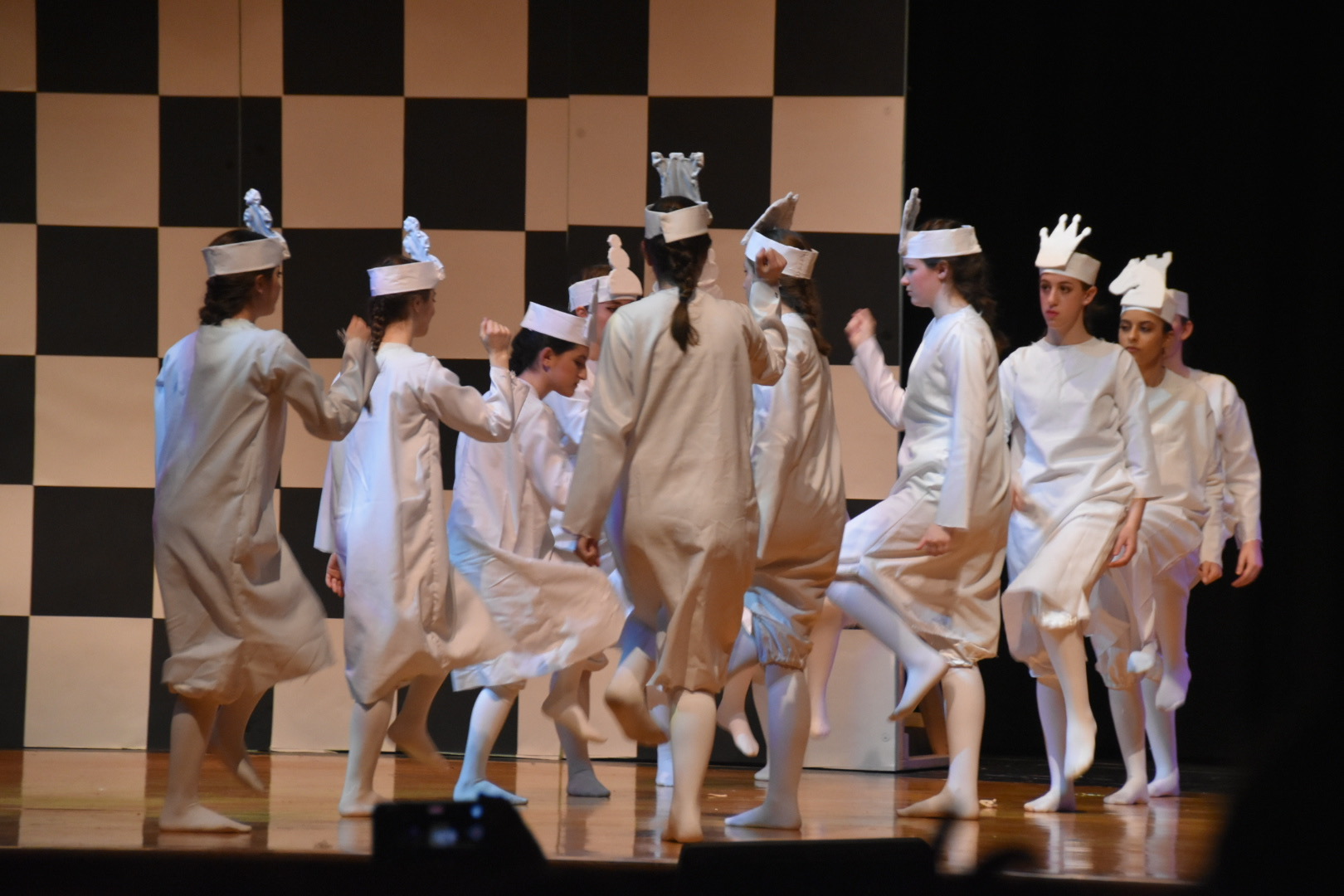 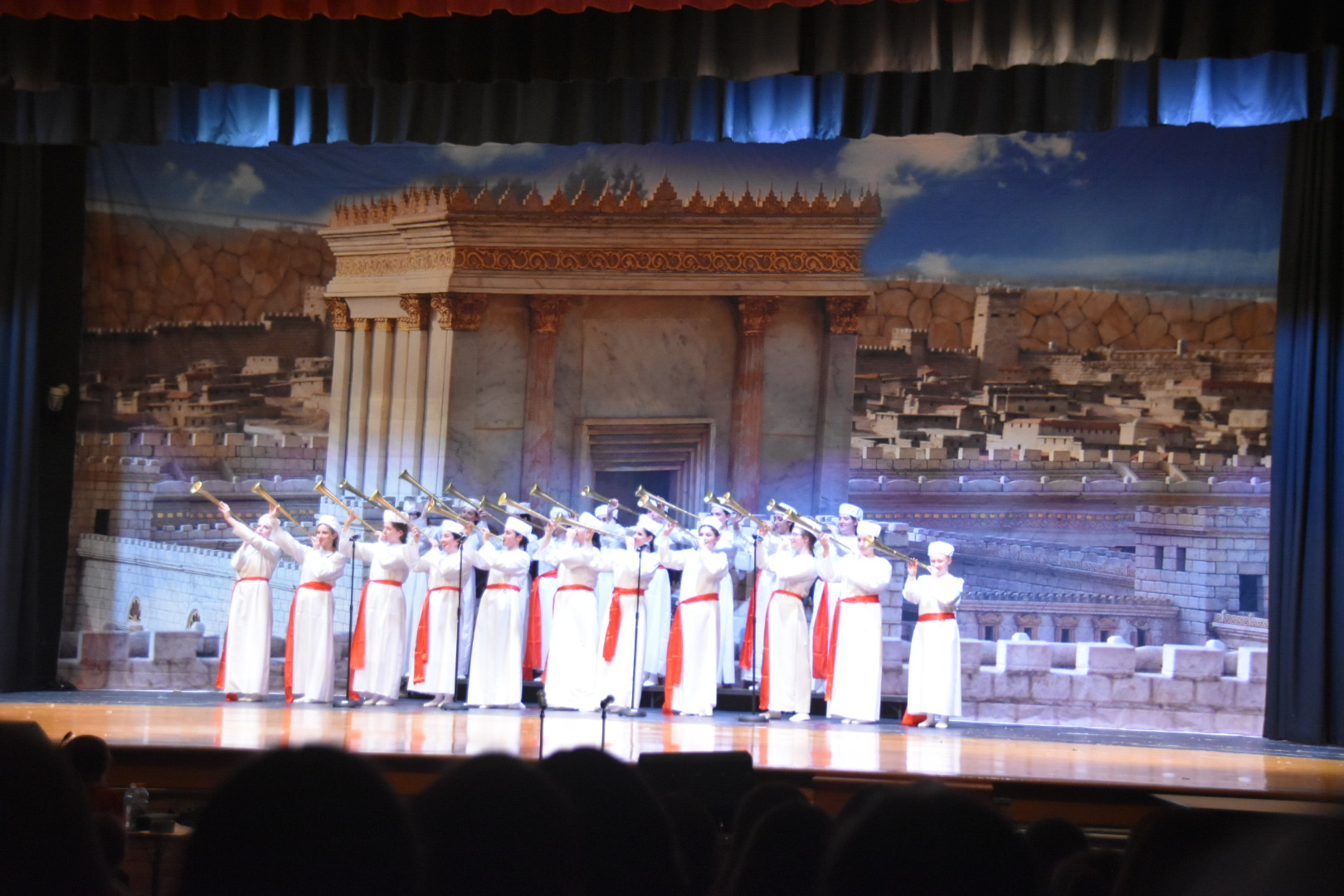 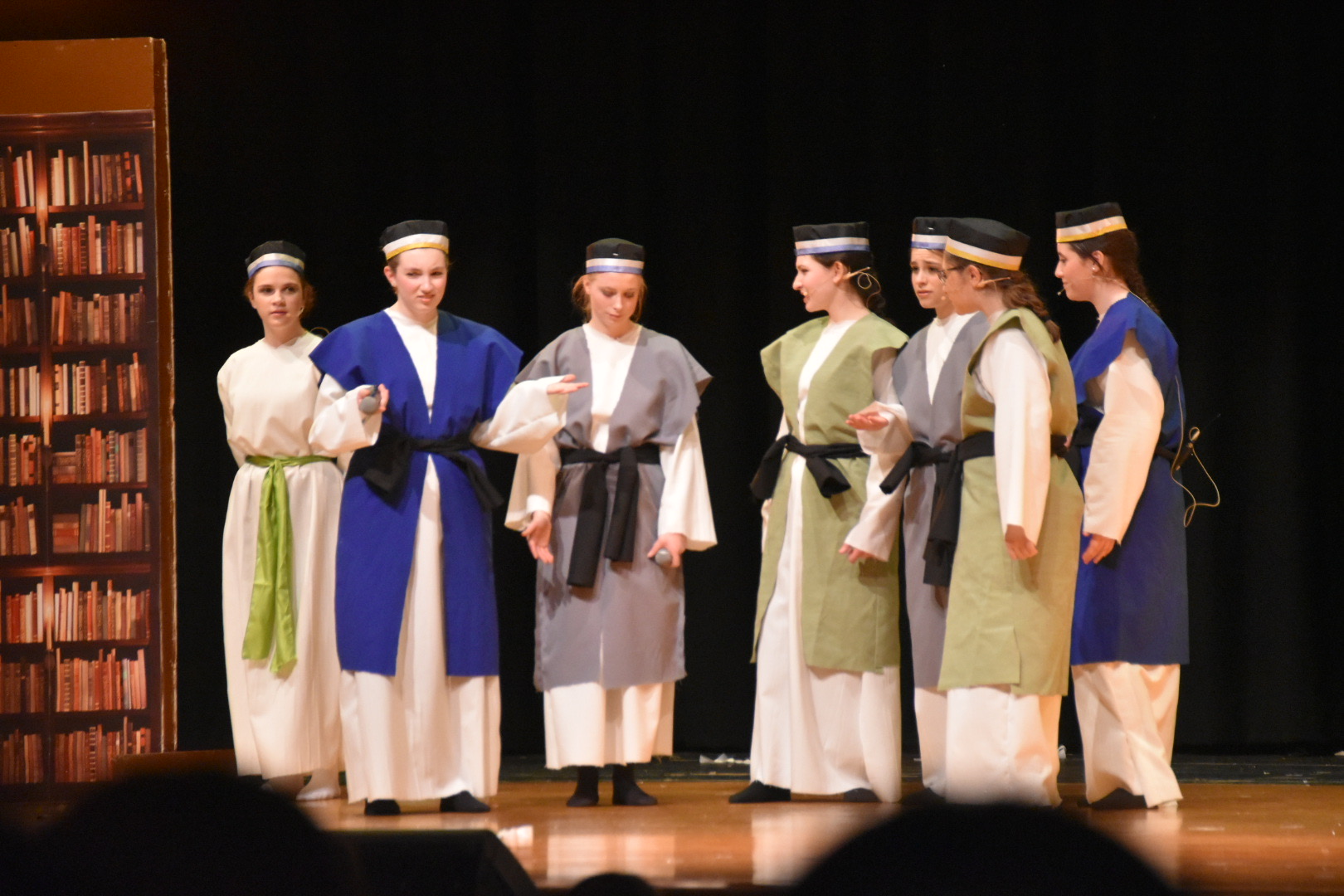 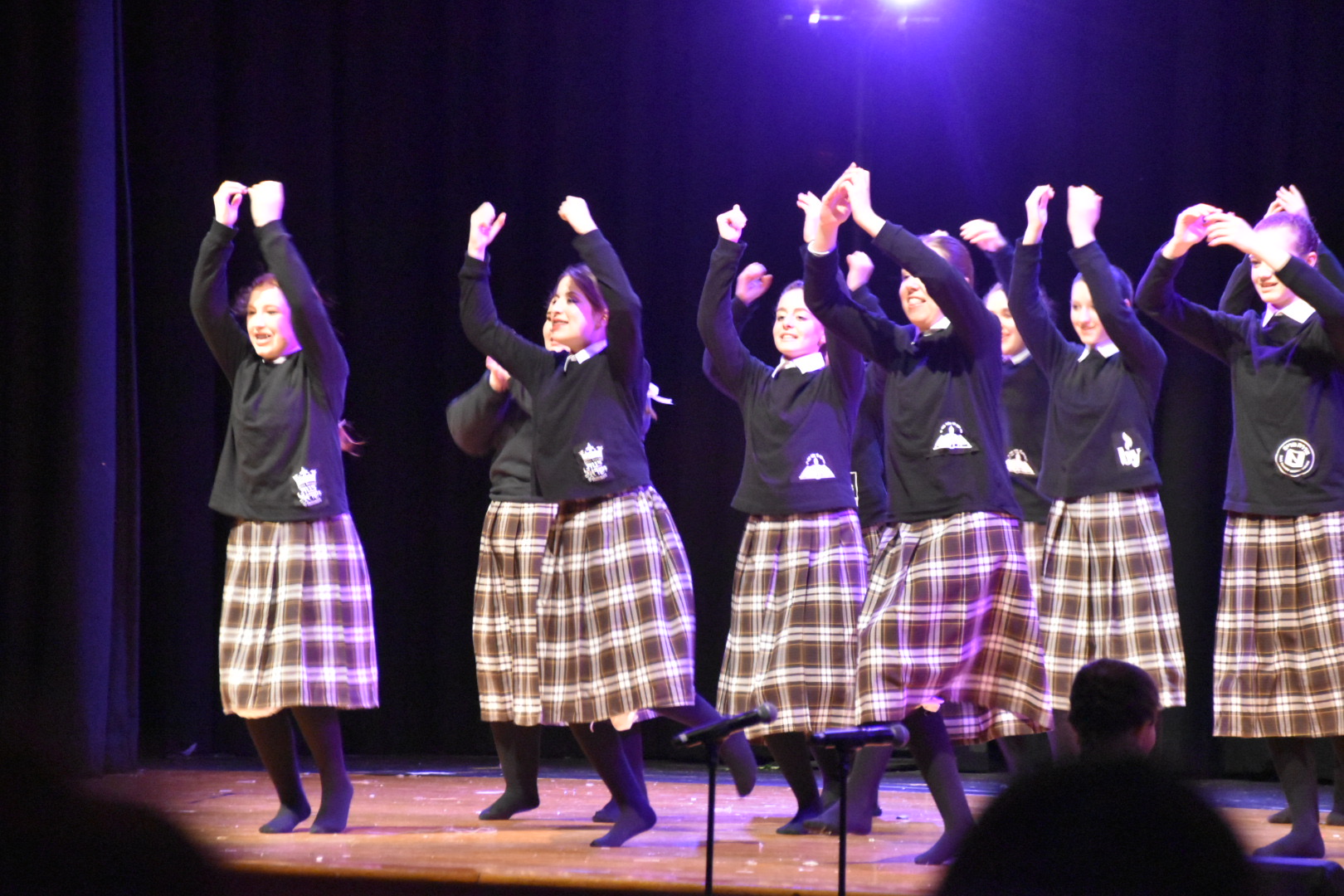